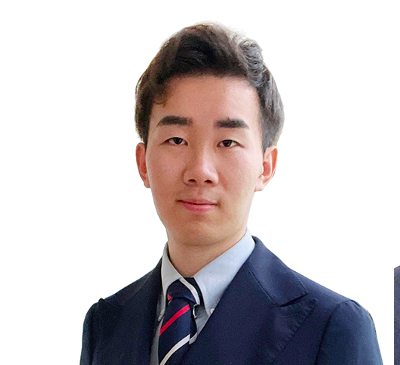 Three Cal students have been named as Schwarzman Scholars and will be heading to Tsinghua University in Beijing this fall to enroll in a fully funded one-year M.A. program in Global Affairs. They will join a highly selective and diverse cohort of approximately 150 students eager to learn about Chinas culture and commerce and its role on the global stage and to develop their leadership skills.

Zeliang Cai (B.A. Economics, ’22), an international student from China, is passionate about finance, particularly welfare foundation and venture capital investment. As an undergraduate, he helped redesign an investment portfolio at a welfare foundation in China for which he received the 2020 Project HOPE Outstanding Contribution Award. Zeliang also served as research team captain for Cal’s Fisher Center for Real Estate and Urban Economics and was the portfolio manager of a student start-up that supports college entrepreneurs and has more than $1 million assets and 70 members from universities around the world. Zeliang is looking forward to being a Schwarzman Scholar because the program offers the environment, classes, and resources that will enable him to build on his personal interests and address real-world issues. Even more, he is looking forward to networking with an international cohort of extraordinary individuals who will support each others future endeavors.

Zhangfan Pan (B.A. Legal Studies, ’20; MIDS, ’21) also anticipates that the friendships he will make as a Schwarzman Scholar will outlive the program itself, along with the benefits of gaining rare access to Chinese business and political leaders. Zhangfan was educated in New Zealand before coming to California and is excited to learn more about China, his parents’ homeland, especially its current entrepreneurial landscape and political system. Building on interests developed as a legislative intern in the California State Senate, he hopes to explore the philosophy of property law for his capstone project. After graduation, Zhengfan held internships in several strategy teams at ByteDance, the parent company of TikTok, where he worked on projects concerning the overseas market. Having been a transfer student, Zhengfan still feels tremendous gratitude to the academic staff at Cal who helped him navigate his way through his B.A. and master’s degree, including bringing opportunities like the Schwarzman Program to his attention.

James Tayali (B.A. Public Health, ’17) came to Cal from Malawi as a Mastercard Scholar and soon connected with Professor Sam Mchombo, who encouraged him to study Swahili and connect with the African student community on campus. This experience led James to doing health work in Kenya and, ultimately, to founding three social ventures in his home country: ICI Africa, a mentorship program for high school students; Deal Malawi, an e-commerce and online shopping site; and Keki Mawe Incorporated, which manufactures and distributes iron-fortified products to women and children. He has also trained more than 70,000 farmers in Malawi to produce nutritious food with the aim of ending hunger and poverty. He has an MPhil in Health Innovation from the University of Cape Town (’20). Because many of the nutritional products needed in Malawi are made in China, James seeks to better understand the Chinese business context and mindset in order to work effectively with his partners there and move Malawians above the poverty line. He hopes that the Schwarzman Program will help make him a global scholar and changemaker who can embrace views that challenge his own.

This year’s good news from the Schwarzman Scholars Program brings the number of recipients from Cal in the past five years to 14! Go Bears! For more information on the Schwarzman Program and other nationally competitive scholarships, please visit Cal’s National Scholarships Office website.