Amarpreet Kaur (Social Welfare, ’22) will spend the summer studying Punjabi in Chandigarh, Punjab, India. She has spent the past few years working at the intersections of social welfare, public policy, and advocacy. Amarpreet has worked with the NAACP in Washington, D.C. and the Brennan Center for Justice, as well as other organizations. Amarpreet will use her Punjabi language skills to continue to advocate for the Punjabi-Sikh community in the United States and abroad through policy and government affairs. 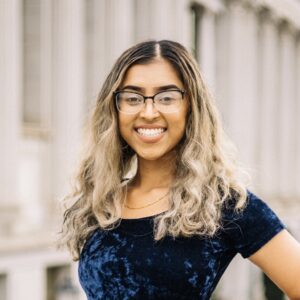 Ransom Miller (Global Studies, ’24) is headed to Tainan, Taiwan to study Mandarin. A sophomore, Ransom fit two years of Chinese into his freshman year at Cal and the following summer, qualifying him to apply for this particular CLS program. He plans to become a foreign service officer in the U.S. State Department and use his language skills throughout his career. 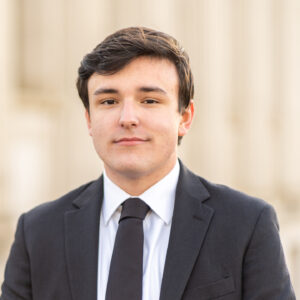 Kristie Moore (Global Studies, ’25) will continue her Russian studies in the CLS program in Bishkek, Kyrgystan this summer. Kristie, a freshman from Southern California, studied Russian in Moscow in 2019 through NSLI-Y, the U.S. State Department’s overseas language program for high school students, for which Kristie serves as an alumni representative. She hopes to study East European Studies/Russian in graduate school and possibly pursue a stateside career in the State Department. 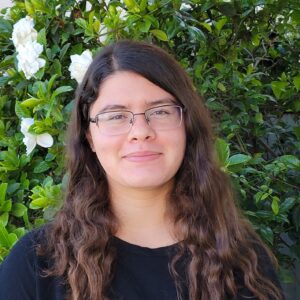 Maurice Ruttimann (Interdisciplinary Studies, ’22) will spend the summer studying advanced Turkish in Ankara. He is now in his second semester of Turkish Poetry and Literature at Cal. To build on his linguistic skills and extend his time abroad in Turkey, Maurice has secured funding support from UC Berkeley’s Center for Middle Eastern Studies to take courses on international trade at Boazii University in Istanbul in Fall 2022. 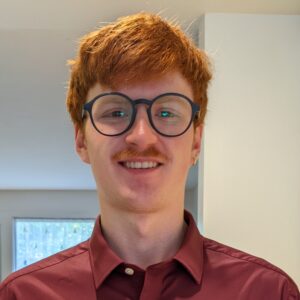 Satyam Sharma (intended Math, ORMS, and Business ,‘25) will continue pursuing his love of languages and cultures with the CLS program in Tbilisi, Georgia this summer. A freshman from Southern California, Satyam is ecstatic to make lifelong friends through the scholarship and develop a firsthand understanding of ongoing crises in the region. 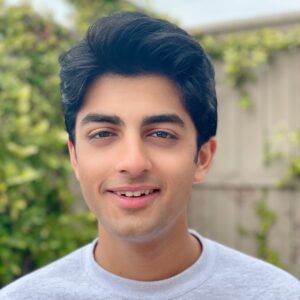 Blue Fay graduated from UC Berkeley in December 2020 with a BA in Legal Studies and a minor in Chinese. While learning Mandarin, he developed a deep interest in Redology, the study of Cao Xue-qin’s The Dream of the Red Chamber. In the Spring of 2020, he was awarded the Department of East Asian Languages and Cultures inaugural YR Chao Prize for an essay titled, “The Thirteenth Beauty of Jinling: Suppression and Ephemerality in The Dream of the Red Chamber.” Blue’s love of creative writing was nurtured by the four […] 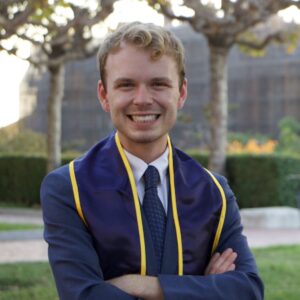 Aurora Lopez is a senior studying Political Science with a specialization in International Relations. In preparation for a career in foreign relations, she has taken courses outside her major to gain a better understanding of international cooperation, such as Gulf States, Spanish, and Arabic courses. She also interned for the British Consulate General, where she worked with international personnel in San Francisco. Currently, she’s interning with the Department of State, assisting Foreign Service Officers who wish to promote U.S. diplomacy around the globe. Overall, Aurora is interested in understanding the […] 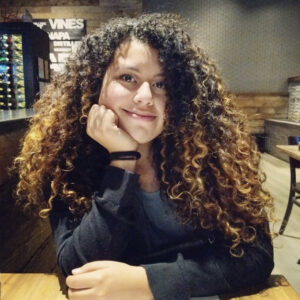 Charlotte McClelland is a third year undergraduate double majoring in Economics and Arabic Language & Literature. She is particularly interested in development economics and hopes to combine her knowledge of Arabic and economics in her future career. She also loves language learning and the ability it gives her to build relationships with others from diverse backgrounds. This summer she will be studying Arabic in Ibri, Oman (virtually) through the Critical Language Scholarship. 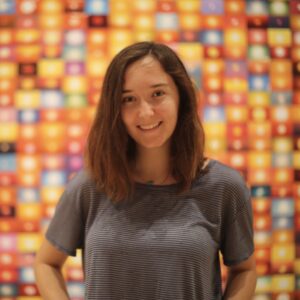 Ramil Mercado is a senior in the College of Letters and Science and is majoring in Political Science and Asian Studies-China with a minor in Southeast Asian Studies. He is interested in Southeast Asian culture and politics, specifically in Insular Southeast Asia. He is studying Bahasa Indonesian in Indonesia in order to learn one of the most important languages of the region to prepare himself for graduate studies on the region. He looks forward to being able to effectively communicate and connect with people across Indonesia, as well as with […]

Cyara will be graduating from UC Berkeley in Spring 2021 with a B.A. in Political Economy and a concentration on Development and the Environment in the Middle East. After graduation, she plans to focus her interest in sustainable development and passion for learning languages on pursuing a career in international development. This summer she will be studying Arabic in Meknes, Morocco (virtually) through the Critical Language Scholarship. 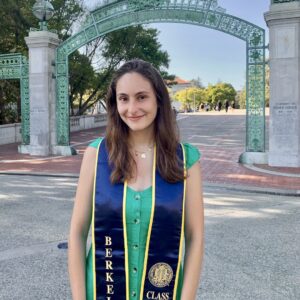 Mariel Aquino is a fourth-year Data Science major with a concentration in Linguistics. She has always enjoyed traveling and studying foreign languages and will combine this with her interests in natural language processing, machine learning, and machine translation as a full-time NLP engineer next year. Her past three semesters of linguistics researchin Ndengeleko, an endangered Bantu language spoken in Tanzania, developed her interest in East African languages. As businesses expand to areas such as Southeast Asia and East Africa, Mariel plans to take what she’s learned in the program to […] 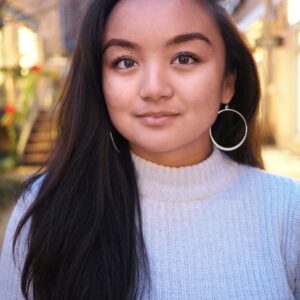 Victoria is a senior Urban Studies and Economics major from Washington D.C. and will bestudying Bahasa Indonesian in Malang, Indonesia through CLS. She is interested in questions of urban governance, resiliency planning, and community development, and hopes to use her Indonesian to learn more about urban planning in Indonesia. 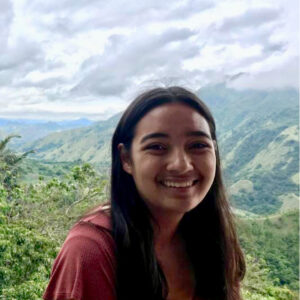 Eliza Hollingsworth is a third-year undergraduate student majoring in Global Studies and completing minors in Public Health and in Public Policy. She hopes to alleviate the public health repercussions of conflict, displacement, and migration through impactful research and direct services. This summer, she will be participating in the Critical Language Scholarship’s Urdu program in Lucknow, India. Eliza is drawn to Urdu because she hopes to work with communities in South Asia that are affected by conflict and public health disparities, and because of Urdu’s rich poetic and literary history. 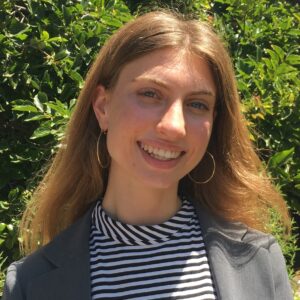 Madhumitha Krishnan is a junior studying political science and history, with specializations in comparative politics and the history of law and government. She is interested in studying democratization and the role of judicial institutions in strengthening or weakening democracies. She is also generally passionate about migrant rights and creating systemic political and social change by empowering minority communities to utilize established political and legal processes. She will be studying Russian in the Kyrgyz Republic and chose to study Russian for the interesting questions the post-Soviet space raises about the democratization […] 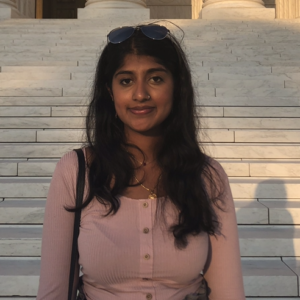 Ramil graduated from UC Berkeley in December 2019 with a BA in Political Science and Asian Studies, and a minor in Southeast Asian studies. He is passionate about Southeast Asian culture and politics, specifically Maritime Southeast Asia. He is learning Indonesian in order to effectively communicate and connect with people across Indonesia and Timor-Leste, as well as with those who speak Malay in Malaysia, Brunei, and Singapore. He hopes to use the language skills that he will gain this summer in his graduate studies as well as within the realm […] 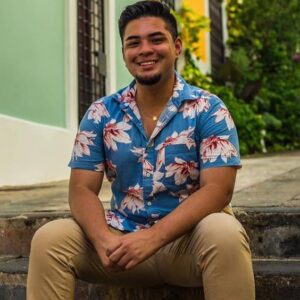 Nicholas Pingitore is a seniorhistory student focusing on political and religious history in early modern and modern Europe. He is particularly interested in the role of religion in international affairs, and ways in which religious beliefs influence political organization.Nicholas has spent the past two years researching the history of USRussia diplomacy, as well as more broadly the history of the Cold War, and the collapse of the Warsaw Pact. In his third year, Nicholas undertook a research expedition to Havana, Cuba to study the changes in the nations political system […] 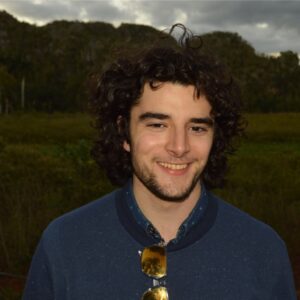 Clio is a first-year intended Computer Science student. She enjoys learning foreignlanguages and traveling to new countries to understand different cultures. She has previously studied abroad in Japan for the summer and Germany for ten months. This summer, She will study Hindi in Jaipur, India! Since there is a strong Indian presence in the United States, she wants to learn more about India while immersed among locals in the daily life and culture. Also, She is interested in working internationally in business and tech. Since India is an emerging tech […] 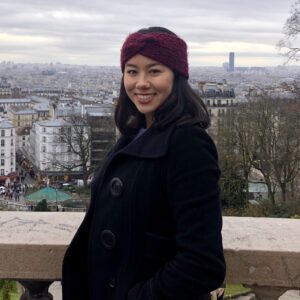 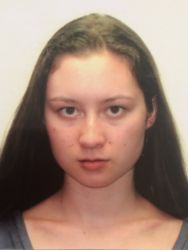 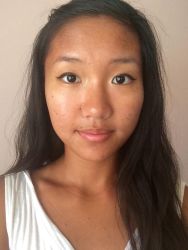 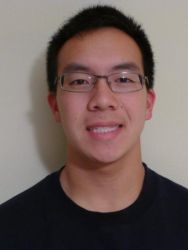